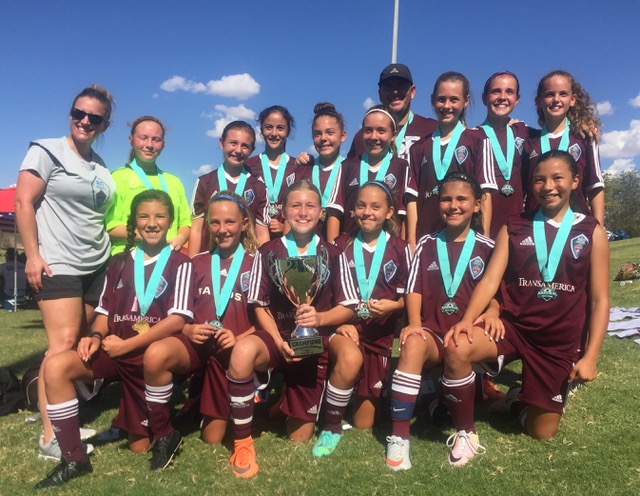 This past weekend the Rio Rapids 05 girls won the 2016 AZ Arsenal tournament, beating 4 top Arizona teams on their way to the title. During group play they beat SC Del sol’s top team, Serena SC top team and a dominant AZ Arsenal team. In the final they came up against the challenge Avondale team ranked in the top 10 in region iv. Despite dominating play and creating plenty of chances, they went in 2-1 behind at half. However continued pressure and great play from the Rio girls helped them turn the deficit into a 3-2 victory and the championship! Great weekend for what is really a new team.