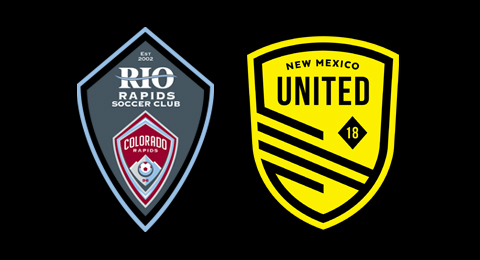 Alex, played for Rio Rapids SC through his entire club career. Alex spent his early childhood in London playing schoolboy soccer and falling in love with the sport. He and his identical twin brother Charles became die hard Chelsea fans in early elementary school and still cheer on the Blues whenever they can. Alex joined Rio Rangers at U11 after moving back to Albuquerque from England in the Summer of 2009 at age 9. The Rangers and Inter then joined to make Rio’s  “Showcase” team, the Rio 98 Boys (U13). Both Alex and his brother, Charles, played up on the 98 boys team. They later joined the 99 boys and won multiple Rio Rapids SC state championships in 2014 and 2015, as well as winning the Presidents Day Tournament. At U16, U17 and U18, Alex and Charles played in Generation Adidas events with CO Rapids Development Academy. They were good enough to step right in and start at center back and striker (respectively) for Rapids without training with them on a regular basis.

Alex also won back-to-back state titles with high school team,  Albuquerque Academy,(alongside his twin brother) in 2015/2016. As a junior and senior, he caught the eye of many college scouts. They also played for Albuquerque Sol in the USL League 2. He eventually decided that heading back east to attend the University of Pennsylvania was his best option. He entered the Wharton School of Business and became a starter on the varsity soccer team early in his freshman campaign. By the time he was a junior, he won Defensive Player of the Year in the Ivy League and was close to being named All-American.

“One of the great developmental advantages that Alex had was his brother Charles. They had a soccer goal in their backyard that they wore out, getting tens of thousands of repetitions and pushing each other every day when no one else was looking.” said Rio Rapids Coach: Sebhat “Sibby” Browne, U9 thru U12 Boys Director

Alex was first-team All-Ivy League in his final two seasons at Penn (the Quakers did not compete in 2020 because of coronavirus concerns) and was named Ivy League Defensive Player of the Year in 2019. He scored eight goals at Penn, four of them match-winners. Touche is the fifth new player to sign this offseason and will join former club rival and Sol teammate Sergio Rivas on the 2021 United roster. Touche’s brother, Charles, plays men’s soccer at Cornell. 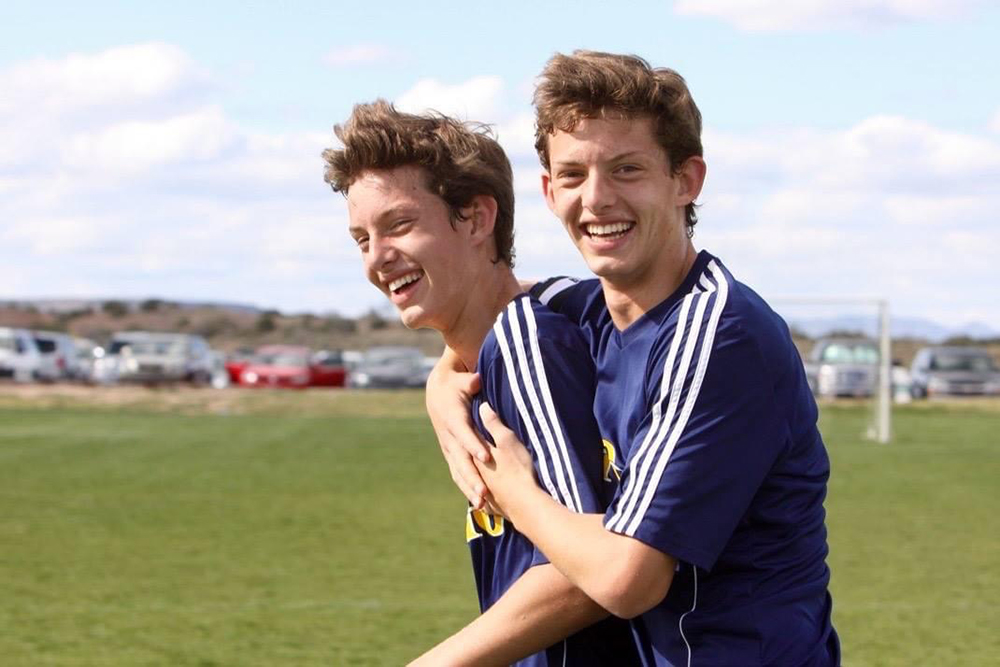 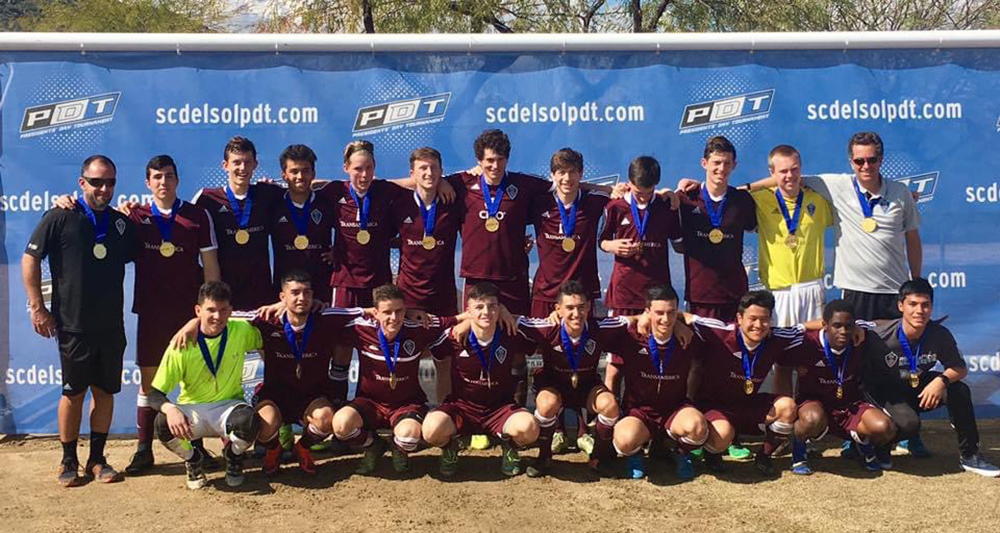 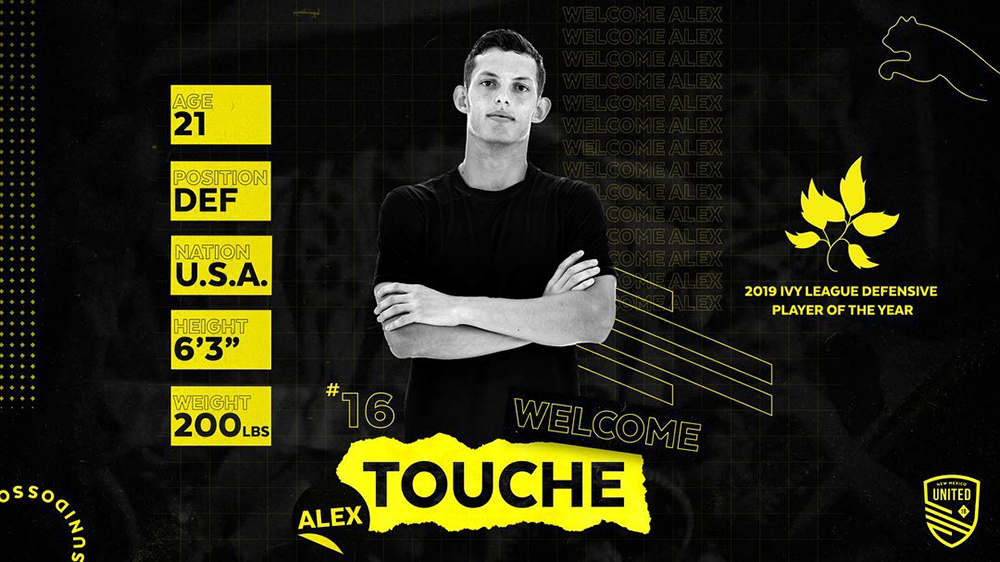 Josh Suggs, as many Burquenos know, is captain of the New Mexico United. Far fewer know that Josh was, a long time ago, captain of Rio Rapids 89 boys. Josh grew up playing soccer in the soccer-crazed town of Las Cruces. His father, Wayne, coached him and his 1989 birthyear teammates from day one till day last. Josh was a bit of a prodigy, performing very well as a young player, making the 88 NM ODP team as an 89. From there he continued to develop and progress. Eventually, at the end of U16, he and his Las Cruces United team, joined Rio to become Rio del Sur 89. That year (2006) they managed a semi-final appearance at the Dallas Cup, eventually getting knocked off by Tigres de Guadalajara U17s. At U18 Rio del Sur merged with Rio 89 to become a powerhouse. That team, coached by Sibby Browne and assistant coached by Josh’s dad, Wayne, had players rostered from Los Alamos, Carlsbad, El Paso, Las Cruces, Albuquerque, and Roswell–the most regionally diverse team in Rio’s boys’ side history.

“Josh was a natural leader in that group (he was a hard worker, but also friendly with everyone, easy to laugh, and a great storyteller) which culminated with his successful penalty kick in the 89th minute to win the U18 NM State Championship against arch rival Albuquerque United 89.” said Rio Rapids Coach: Sebhat “Sibby” Browne, U9 thru U12 Boys Director

What set Josh apart more than anything he did with his team was the work he put in on his own. He was always working on his fitness, nutrition, and hydration. This served him well as he became a four-year starter at NCAA Division II Humboldt State in northern California. Three of his Rio 89 club-mates joined him at Humboldt–Zach Herbst, Zephyr Valverde, and Tim Haden. At college he spent his off-seasons working with the strength coach and the track coach to become the very best version of himself. Dedication and hard work are the hallmarks of Josh’s soccer career.

All of that paid off when he was drafted to the MLS by the San Jose Earthquakes. He spent some time playing for San Jose, then Orange County (USL), and eventually got himself back to the Mountain West signing with CO Springs Switchbacks. After successful seasons in Springs, he was finally able to come back to the Land of Enchantment when NM United was formed. His natural ability as a leader showed as NM United’s coaching staff made him captain. He’s been an integral part of the success of NM United in their first two years. 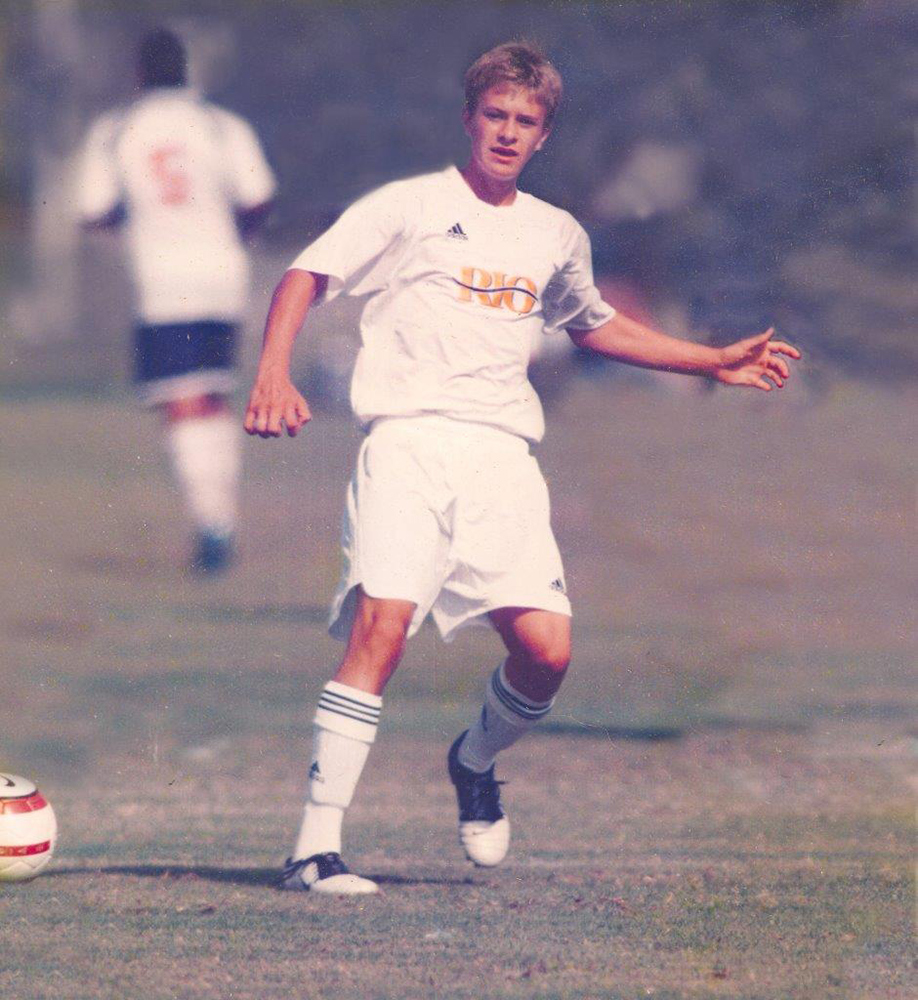 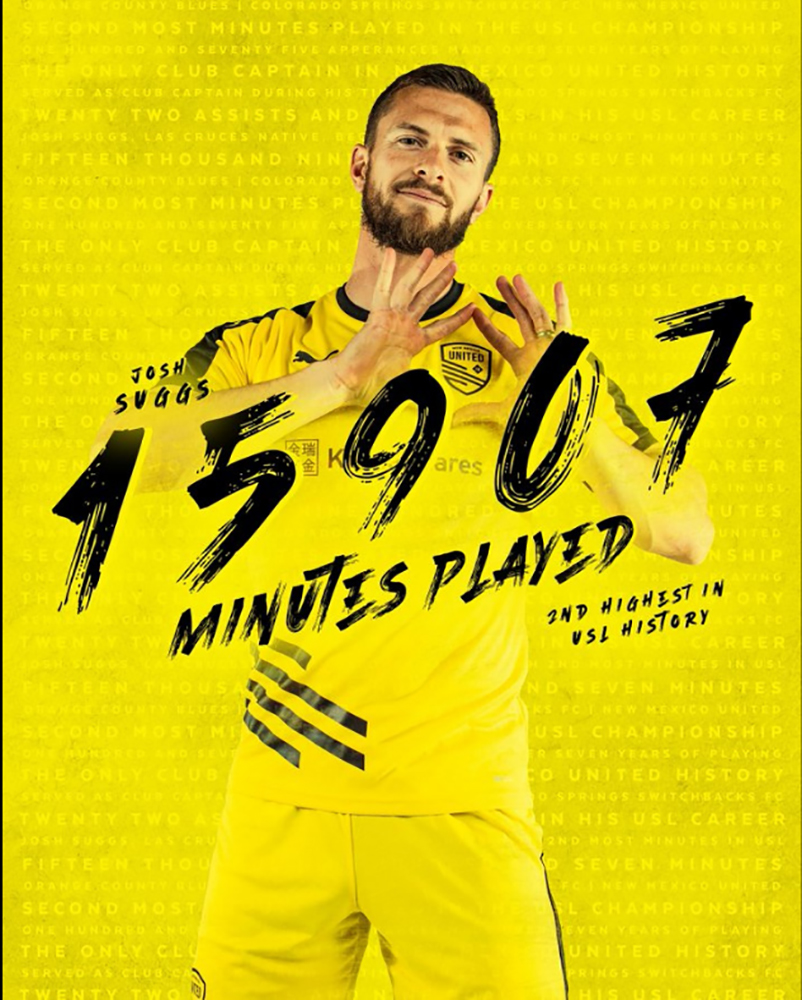 And now, to complete the journey, Josh Suggs (Rio 89) will be joined by NM United’s recent signing Alex Touche (Rio 99). We hope to see the circle realized when Josh and Alex step onto the field together in this coming USL season.

We feel so fortunate to have two Rio Alumni to cheer on and to have them representing New Mexico United this year!

Everyone at Rio Rapids SC is proud of both of thier achievements, and we can’t wait to watch and cheer for both of them as they represent New Mexico United this coming year.

Congratulations and the Very Best of Luck!