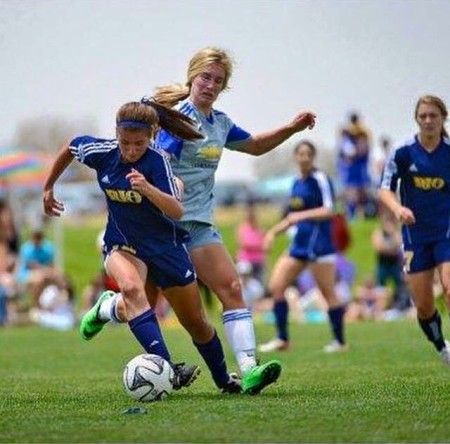 “Jordyn is truly one of the most gifted and talented soccer players NM has ever produced. Her ability to beat players 1v1 and then not only create chances for her teams mates but score a lot of goals herself makes her often the most dangerous player on the field and however teams try to defend her she still finds a way to be successful. In addition her drive and motivation to be constantly improving as a player makes her a pleasure to coach and she will no doubt go on to have an extremely successful soccer career in college”
~ Coach Chris Brennan – Director of Soccer Operations / U14-19 Girls Director of Coaching

The 5-foot-4 senior forward scored 28 goals and passed for 10 assists this past season, leading the Bears (16-3-1) to the Class 6A state semifinals. The state winner of the 2015 Wendy’s High School Heisman award, Lacy participated in the High School All-American Game in North Carolina in December and was a two-time First Team All-State selection. She concluded her prep soccer career with 74 goals and 25 assists.

Lacy has maintained a weighted 4.20 GPA in the classroom. A member of the La Cueva High student senate, she has volunteered locally in the pediatric ward at Presbyterian Hospital in Albuquerque. She has also donated her time as a youth soccer coach.

“Jordyn Lacy is consistently the most dangerous player on the field,” said Paul Maestas, head coach of Eldorado High. “She is a scoring threat at all times regardless of where she is on the field.” 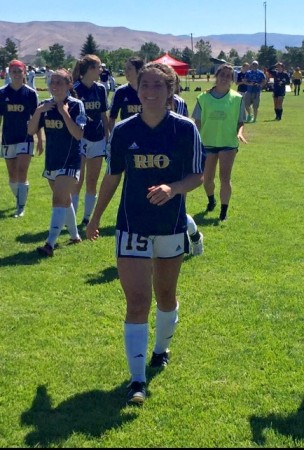 Lacy has signed a National Letter of Intent to play soccer on an athletic scholarship at the University of Texas at San Antonio beginning this fall.

The “Gatorade Player of the Year” program annually recognizes one winner in the District of Columbia and each of the 50 states that sanction high school football, girls volleyball, boys and girls cross country, boys and girls basketball, boys and girls soccer, baseball, softball, and boys and girls track & field, and awards one National Player of the Year in each sport. The selection process is administered by the Gatorade high school sports leadership team in partnership with “USA TODAY High School Sports“, which work with top sport-specific experts and a media advisory board of accomplished, veteran prep sports journalists to determine the state winners in each sport.