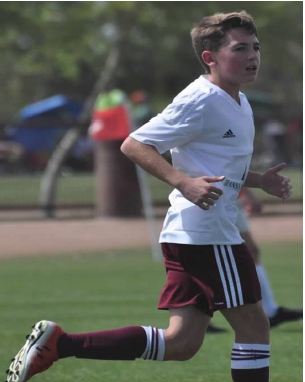 Thursday, May 25th, 2017
ATLANTA, GA  – This year Rio Rapids is proud to announce that Aidan Semelsberger has been selected for one of the 32 spots for the generation adidas international A.F.C. Ajax Select Program.

Each year the top adidas youth soccer clubs nationwide have the exclusive opportunity to nominate players and coaches to participate in the generation adidas international Select program. 96 talented players have been invited to train this August at Real Madrid Foundation, A.F.C. Ajax, and Olympique Lyonnais – three of the world’s most powerful soccer clubs.

Semelsberger is 14 years old and plays for Rio Rapids. He most looks forward to “playing with and against the Ajax Academy players” and “seeing the Ajax match and experiencing Holland”. Semelsberger looks forward to learning how to adapt to different styles of play as well as how to play at a much faster level than he is used to. For a more detailed player profile, see his SoccerScout profile .