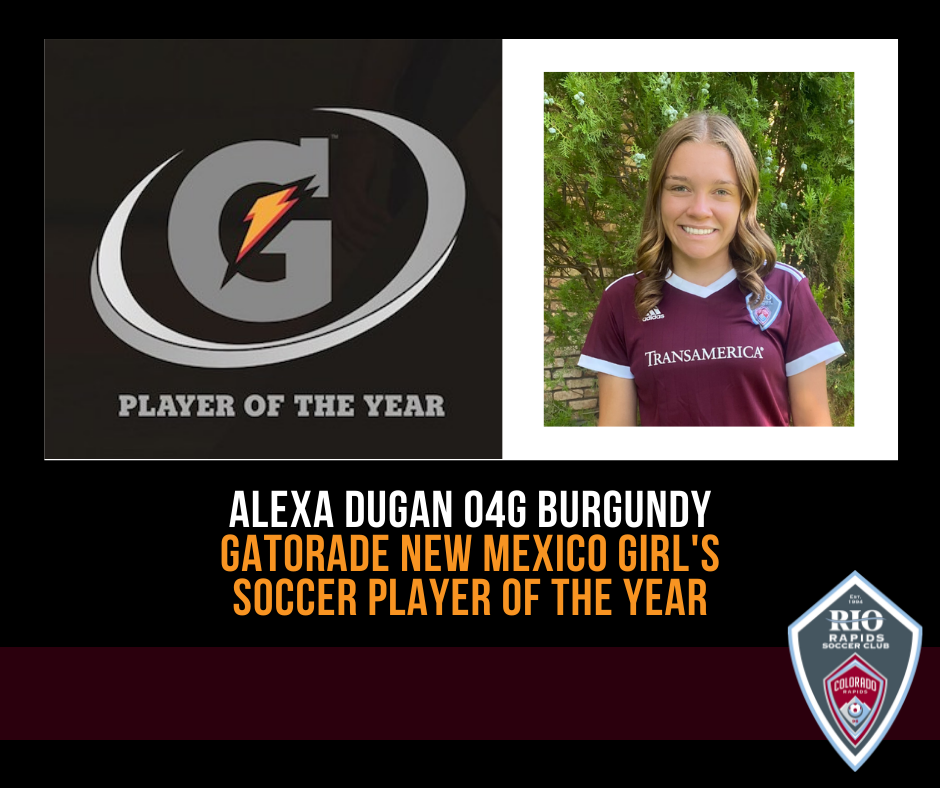 Rio Rapids Soccer Club is thrilled to announce that Alexa Dugan of the Rio Rapids 04G Burgundy team has been selected as the Gatorade New Mexico Girl’s Soccer Player of the Year for the 2020-21 season.

Alexa is the first player to be chosen from Carlsbad High School.The 5-foot-4 junior forward led the Cavegirls to an 11-0 record and the Class 5A state championship this past season. Dugan scored 10 goals and passed for nine assists, and she recorded the game’s only goal in the final minute of Carlsbad’s 1-0 victory over Albuquerque High in the state final. The District 4-5A Player of the Year, Dugan is a three- time First Team All-District selection. She concluded her junior year with 81 goals and 35 assists in her prep soccer career.

Alexa plays for the Rio 04G Burgundy team who was coached by Ryan Baca for the past two years, and Chris Brennan previously.

Alexa is also the 16th Rio Rapids SC player to be named Gatorade Girl’s Soccer Player of the Year for New Mexico.

Please join us in congratulating Alexa on this incredible honor! We feel tremendous #RioPride