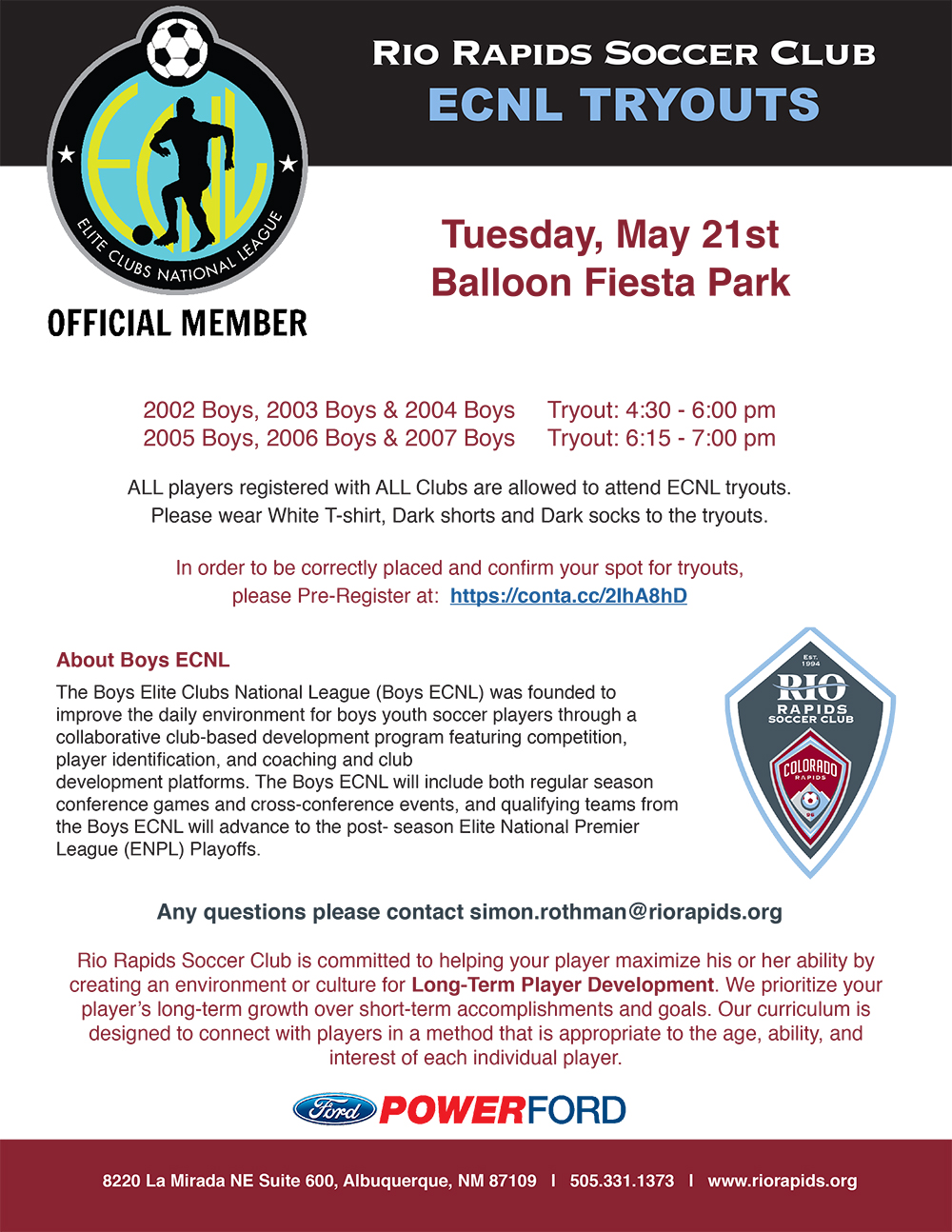 With the addition of these clubs, the Boys ECNL will reach 2 new geographic markets in Colorado, and provide new competitive and development opportunities for the best players in New Mexico.  While Real Colorado and Colorado Storm are already members of the Boys ECNL this season, the Mountain Conference will include 4 new clubs:

Arsenal Colorado is the largest soccer club in northern Colorado, founded in 1978 in Fort Collins.  The club has sent nearly 150 male players on to play collegiate soccer.

Pride Soccer Club has helped over 50 players move on to play at the collegiate level in the past decade, and has had six players called into Youth National Team Camps.

Rio Rapids SC has placed over 130 players into college soccer in its history, with 13 players becoming professionals.

“Colorado and New Mexico have a rich history of great players and teams, and we are excited to be able to add clubs of this caliber,” said Boys ECNL President Christian Lavers.  “With great conference competition, regular season showcases, and access to the ENPL Playoffs, these players and teams will have a fantastic experience next year.”

In the 2018-2019 season, each Boys ECNL member club will compete in five age groups (U14, U15, U16, U17, U18/U19) in both regular season conference competition and Boys ECNL National Event competition.  In addition to the competition platform, the Boys ECNL offers player identification and development opportunities for top players in each conference, coaching development programs, and a direct path into the Elite National Premier League (ENPL) post season competition.

The Mountain Conference will begin formal competition in the Boys ECNL in August 2018.

About Boys Elite Clubs National League: Boys Elite Clubs National League (Boys ECNL) was founded to provide a top class, club-based development, training, and competition platform for youth male soccer players in the United States. The mission of the Boys ECNL is to improve the landscape for players in the United States through innovative, player-centered programming that raises standards of quality and improves the player experience in all aspects of the game.

The Boys ECNL is sanctioned by US Club Soccer.