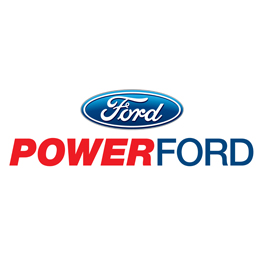 At Power Ford, we have a passion for helping people find, and service, the car or truck of their dreams. For over 20 years, our dealership has served the community of Albuquerque by providing transportation to get you to the things you love and care about. Whether you are looking to purchase a vehicle or service the vehicle you already have, our team is committed to providing you with an exceptional ownership experience. Call at 866-640-5531, we’d love the opportunity to be your Ford dealer! #MyFordDealer 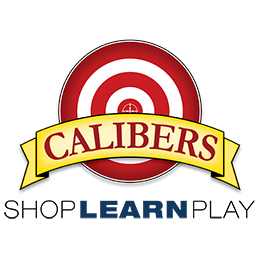 Why Shoot at Calibers Indoor Shooting Ranges? Our shooting ranges are newly constructed, brightly lit, and well ventilated. Our indoor environment is a consistent 71 degrees and its high-volume HEPA air filtration system uses the same technology as hospital operating rooms to remove 99.97% of airborne particulates. We have a huge selection of handguns, rifles and full-auto machine guns to rent and even more firearms in stock for sale. Our friendly and knowledgeable staff will do everything possible to ensure that you have a safe and enjoyable shooting experience.Safety First At Calibers Indoor Shooting Sports Centers, safety is our number one priority. To help ensure the safe enjoyment of our range, we require everyone to read a brief outline of our rules and sign our waiver before they are allowed to shoot on the range. Range safety officers supervise the firing line at all times. 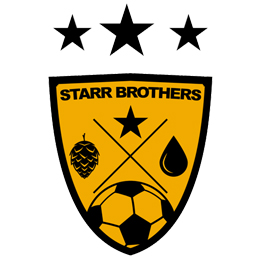 Starr Brothers Brewing Company was founded in 2015 by Heather and John Starr. Starr Brothers is named for our 3 sons Connor, Malcolm and Winston. We strive to create a high quality experience by serving meticulously crafted beer and food in a fun and welcoming environment.

Come in and enjoy our brewhouse… and bring the whole family… 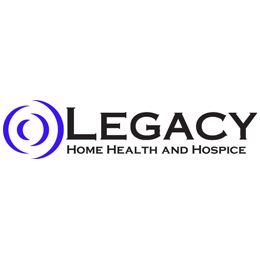 Legacy was formed in 2009 with the sole mission of becoming the premiere Home Healthcare provider in New Mexico. We are proud to have reached that goal and have since been able to serve thousands of patients.

“We understand our unique New Mexican culture because we live it every day. This allows us the ability to maintain a sincerely caring approach to each and every one of the patients we serve,” Jimmy Melton. 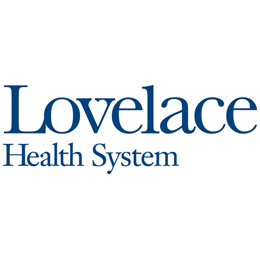 Lovelace Health System continues to make significant investments in new services and technologies. And, investing in your health means serving you and your loved ones with quality, compassionate care. That’s why we continue to support and give back to the community through donations, volunteer time and our taxes. We also provide more than 3,700 fellow residents with jobs, making Lovelace Health System one of the largest employers in the state. Lovelace is proud to be the best place to care and be cared for.

For more information or to schedule an appointment, call 727.2727 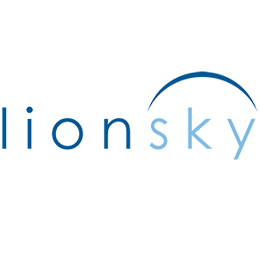 LionSky Media is an experienced business solutions company formed in 1995 in Albuquerque, New Mexico.  The key founders relocated to New Mexico after selling a multi-media company in Upstate New York.  LionSky specializes in providing companies with creative solutions uniting cohesive media elements and relevant technology, to convey a client’s message and increase brand exposure in their respective marketplace. We focus on helping companies communicate their story and expand their reach; the company can then focus on their primary business mission.

LionSky offers a multitude of services from the business focused side such as business plan writing, financial forecasting, and marketing analysis. From the digital marketing side, LionSky provides technical services for companies developing a strong web presence, marketing/branding tools, and an overall cohesive marketing campaign strategy and implementation plan.

LionSky brings the core benefits of a traditional advertising agency with efficient and cost-effective digital marketing solutions.  We welcome you to get a testimonial from ANY of our clients.  Our business thrives on referrals from past and present customers.

We listen, are competent, and are creative. 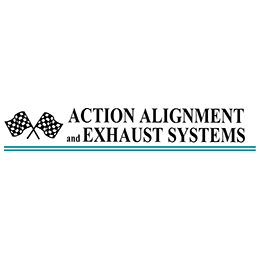 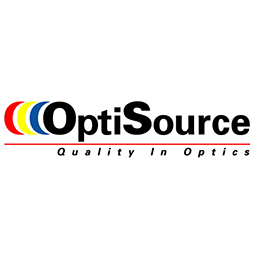 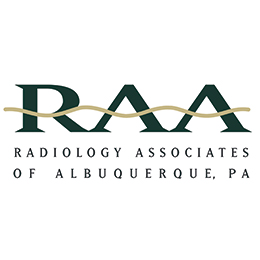 Radiology Associates of Albuquerque is a proud sponsor of the Rio Soccer Club program. When it comes to images of your health, you have a choice. So why not choose an imaging center that is simple to navigate, convenient, and compassionate. All three of our out-patient facilities offer exceptional services when it comes to arranging your healthcare. At our facilities you can expect front row parking, roomy waiting areas, minimal wait times, and at times same day appointments. Throughout our facilities we offer the following services: Mammography, MRI, CT, Ultrasound, X-ray, Bone Density Screening, Virtual Colonoscopy, and Fluoroscopy. 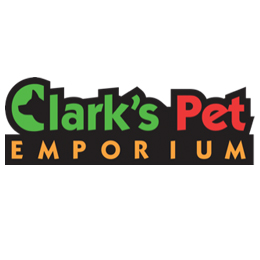 When your goal is to score for your pets, there is only one stop – Clark’s Pet Emporium. With two convenient locations, you can get in quickly and victorious in your search. From LIVE pets, accessories, supplies, and pet food, be the champ and your pet will be the winner every time. Clark’s Pet Emporium also supports many community organizations like the Rio Rapids Soccer Club. Buy local, where you have a choice and the choices are many! 4914 Lomas NE and 11200 Menaul NE. Clarkspets.com. 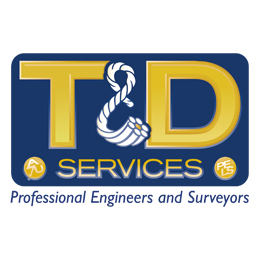 Founded in February 2007, Transmission & Distribution Services’, LLC (T&D) mission is to provide quality, cost-eﬃcient, and technologically-advanced engineering and surveying services. Our firm is dedicated to helping clients achieve industry best practices and to utilize emerging and evolving technologies. Our fundamental objectives are earning clients’ trust and providing the highest quality service. T&D strives to be the first choice in consulting engineering and surveying services. Our principals are highly experienced professionals directly involved in every project. Dedication to customer service and professionalism are essential tenets of the company’s culture. Our reputation is built on honesty, integrity, and respect. We are an employee-owned company. We provide full-service professional engineering and surveying services to the Power Delivery, Mechanical Electrical Plumbing, Civil, and Industrial markets. Our fourteen professional engineers are licensed in more than twenty states with Electrical, Mechanical, Civil, and Fire Protection certification. Our two professional surveyors are licensed in four states and also hold the CFedS certification. Our projects range across the spectrum including: turn-key design/build, new construction, renovation, planning and system studies, field services, and Lidar scanning. 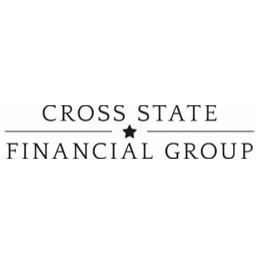 Cross State Financial Group LLC was founded in 2015 by partners that began working together in 2003. With over 110 years combined investment industry experience, the team of Cross State Financial Group advisors work with individual, trust company, small business and non-profit entity clients to plan for the financial future and unexpected events. With offices in Albuquerque, Littleton, as well as eastern and western Michigan, each location works with it’s own clients to build customized strategies to meet their client’s financial needs and goals. As a team, they share their own specialized backgrounds in tax planning, insurance, trust administration and retirement plan options for small businesses with each other. This collaboration affords all clients of Cross State Financial Group a source of diverse knowledge rarely found in even the largest of financial services firms.

At ABQ Children’s Academy, we provide a superior childhood education where students can learn in a positive, nurturing environment. Utilizing learning aids, we Inspire children to achieve their highest academic potential at every Milestone by valuing both individual and group development.

Aldermill, Inc. was founded in 2002 and began servicing the greater Albuquerque area by providing high quality commercial paint coating services to homes throughout the city. In 2014, Aldermill expanded its operations to Colorado where they currently serve clients in Colorado Springs, the greater Denver area, and Fort Collins. Aldermill continues to provide high quality paint coating services to residential and commercial projects throughout Colorado and New Mexico.

Mission Statement: Aldermill, Inc. is dedicated to providing customers and partners with the highest level of quality paint coatings and top notch customer service. We greatly value our employees and, strive to always maintain professionalism and integrity when working with our customers. 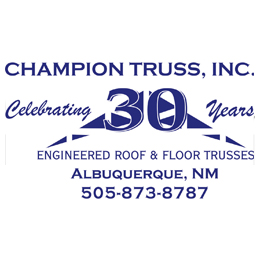 Established October, 1989
Gilbert Blea and Richard Luna founded Champion truss, Inc. in October 1989. Gilbert, a native of Albuquerque and graduate of Rio Grande high School had 20 years experience in the lumber, cabinet and truss business. Richard, worked for a truss company in San Antonio, TX for 10 years, he and his wife moved to Albuquerque to manage a small truss company, this is where he and Gilbert met. The two became good friends and decided to venture out on their own, and started Champion Truss, Inc.

The first 3 years were very difficult for the partners, they were on the edge of bankruptcy. They remained ever-diligent and had a profitable fourth year. Gilbert and Richard concentrated on the custom homes market, and became very experienced in special design projects. Today the company has grown to New Mexico’s largest design and manufacturer of wood and light gauge steel trusses. Champion Truss, Inc. received national attention in 1996 and again in 2001, for manufacturing 98 foot clear span roof trusses for a church in Pine Top, AZ. Champion Truss was the only company in the Southwest with the experience and equipment to design and manufacture this extreme truss span. Our moto became, “Yes We Can!”

The Team: Gilbert and Richard have surrounded themselves with the best! GM Chad Whitsell has been with Champion for 20 years. Along with the production and design team, Robert Chavez, Juan Quesada, Johnhenry Luna and Max Ramirez. On the accounting side, Jenn Ramirez (over 20 years) and Erica Lopez complete the Team (family).

With well over one hundred years of combined experience, Champion Truss remains well respected in the industry, and continues to excel in extreme engineering, to meet today’s complex designs. We attribute the success of Champion Truss Inc., to hard work, strong ethics, and integrity…but all Glory Goes To God! 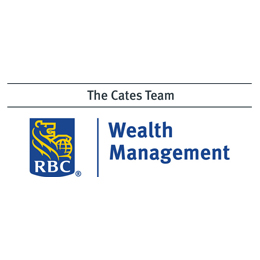 The Cates Team at RBC Wealth Management combines the talents and abilities of individuals with more than 100 years of financial services experience. We draw on that experience to help our clients, both individuals and businesses, realize their financial goals through the design, implementation, and monitoring of a sound wealth management plan. A primary focus of our practice is a disciplined investment process that employs a holistic approach to long-term wealth management directed at helping our clients achieve their life goals. 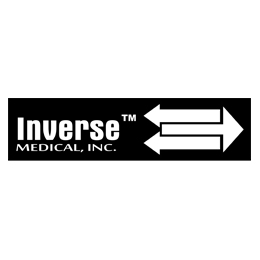 INVERSE MEDICAL™ Medical provides a wide range of medical device products
(Class I, II, and III) from leading manufactures, to include: 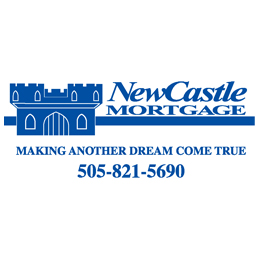 NewCastle Mortgage is locally owned and operated and has been serving New Mexico’s residents since 1997. NewCastle Mortgage is a full-service mortgage lender offering a wide range of loan options for new home purchases and refinances. NewCastle specializes in construction lending and offers USDA, FHA, VA and Conventional financing programs as well.

NewCastle Mortgage was honored as the 2019 Mortgage Broker of the Year by the New Mexico Association of Mortgage Professionals and is considered a reliable and trusted partner in the lending industry. 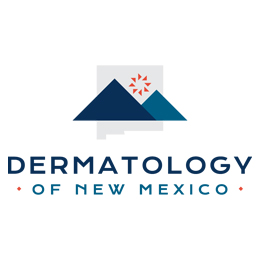 Albuquerque dermatologists, Dr. Suraj Reddy and Dr. Shilpa Reddy, and Sabrina Johnson PA and the rest of the medical team at Dermatology of New Mexico believe everyone deserves a chance at healthy skin. Our mission at Dermatology of New Mexico is to strive for outstanding services and excellence in care with regards to all aspects of Dermatology, including medical, surgical, cosmetic and aesthetics. We take the time to tailor a one of a kind treatment plan for each of our patients. We believe your skin is uniquely yours and your skin care should reflect that. We offer a variety of treatment options to help create your very best results. Our Dermatologists are certified by the American Board of Dermatology and are members of the American Academy of Dermatology. We are centrally located in the heart of Albuquerque less than 5 minutes from the Big-I with easy access from Los Lunas/Belen, Santa Fe, and 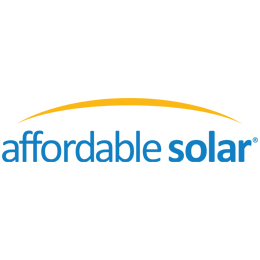 Affordable Solar has installed over 2,500 solar arrays in New Mexico and supplied more than 20,000 systems to commercial, industrial, scientific, community and residential customers in 96 countries. Our business model is built on a commitment to complement every solar system with our dedication to teamwork, integrity and outstanding customer service. Because we love our work and we want you to love it too.