During the weekend of January 15-17, 2016 the Rio Rapids White 02 U14 Boys participated and won the championship game in the Fort Lowell Shootout in Tucson AZ. The team is coached by Chris Gabaldon.

There were 8 teams participating in their age group in the U14 Male Silver bracket. 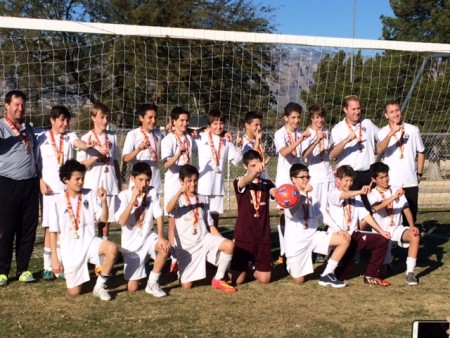