partnered with premier adidas clubs to develop U.S. youth soccer at the international level through its

Select programs. Talented players are invited to train at the Real Madrid Foundation, A.F.C. Ajax, and F.F.C. Frankfurt, three of the world’s most powerful soccer clubs.

Each year, the top adidas clubs nationwide have the exclusive opportunity to nominate players to participate in the program. This summer, 94 talented players from some of the nation’s best clubs will take the field in Europe, training with top quality European academy coaches and playing against academy teams.

This year Rio Rapids SC is proud to announce that Jayson Baca has been nominated for one of the 32 spots for the A.F.C Ajax Select Program. These players will have the opportunity to experience the culture of soccer at one of the most prestigious Dutch clubs – A.F.C. Ajax. Ajax is among the most successful teams in Europe and is a true powerhouse in European football. They have won 32 Eredivisie League Championships to date, 18 Netherland Cups, 8 Netherland Super Cups, 4 UEFA Champions Leagues, 1 UEFA Cup, 2 EURO Super Cups and 2 Intercontinental Cups. As one of the world’s top clubs, they are known for their fast, open, and creative style of play. generation adidas international prides itself on opening doors to players who wish to develop themselves at the elite level. Billy Hartman, CEO, says that the experience “opens their eyes and ignites their ambition to get to the next level – players return to the U.S. going into their development academy, ECNL, or regional season with a better understanding of what it takes to become professional players.”

With generation adidas international, the world of adidas soccer opens its doors for your club. Where will you play? 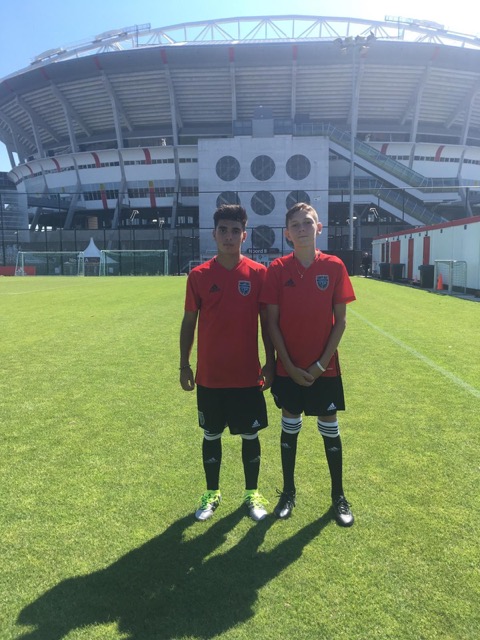