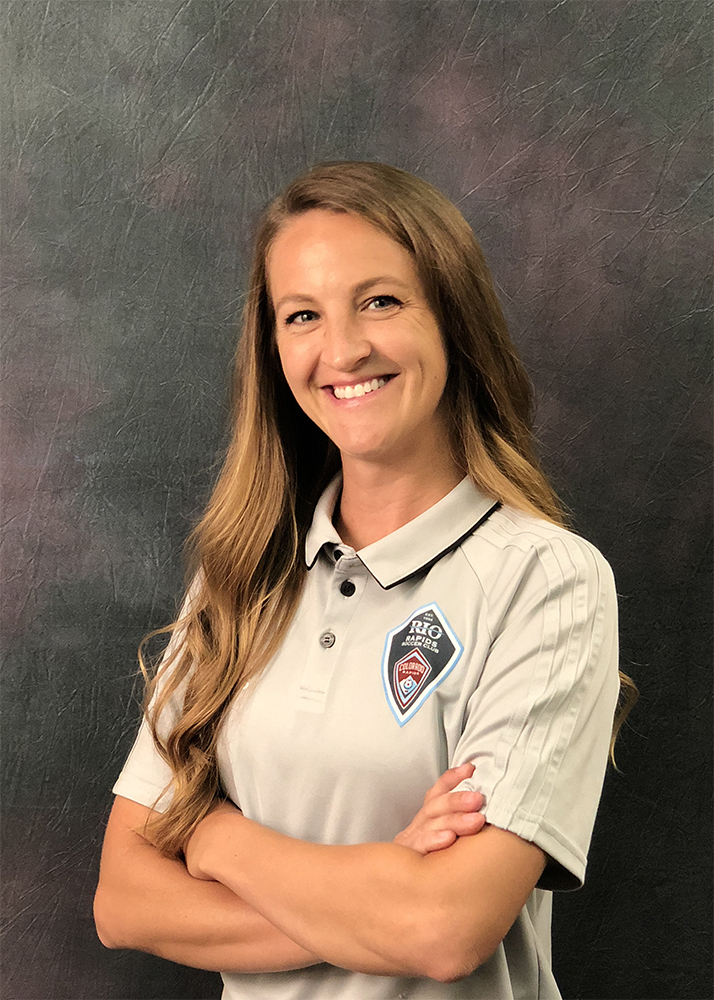 We are pleased to announce the hiring of Kiva Gresham as one of our full time Girls Directors starting August 1st 2018. Kiva, an Albuquerque native and graduate of Highland High School, also played for the Rio 89’s for her U15-18 years (where she was coached by current U15-19 Girls Director of Coaching Chris Brennan).
Kiva continued her soccer career at Louisiana Tech where she played for 4 years (2007-2010) and still holds the school record for the most points in a single season and is ranked in the top three for career goals, assists and total points. For the last 6 years Kiva has been working as an assistant women’s soccer coach at Louisiana Tech. Kiva also has a lot of experience in coaching youth soccer with time spent coaching both boys and girls high school teams in Louisiana, being a lead instructor for EXACT Soccer Camps and Berkshire Soccer Academy.

In addition to her coaching duties Kiva will be spearheading a Rio Rapids program in conjunction with the Colorado Rapids to increase the number of trained women coaches actively working in youth soccer.

Kiva holds a BS in Kinesiology and Health Promotion and recently finished her Masters in Teaching both from Louisiana Tech University.

“We are delighted to be adding Kiva to our staff. Not only does she bring a wealth of coaching knowledge she also brings the experience of knowing the challenges that female players in NM face and what they need to do to be successful on the state, regional and national stage. Growing up and playing her youth soccer in Albuquerque, Kiva will be able to come in and hit the ground running as her transition to NM will be very easy. From my experience in coaching Kiva when she was a high school aged player, I know we are bringing in a motivated, confident person who is committed to excellence. It is also very satisfying to have a former player return to the club now as one of our Coaching Directors.”