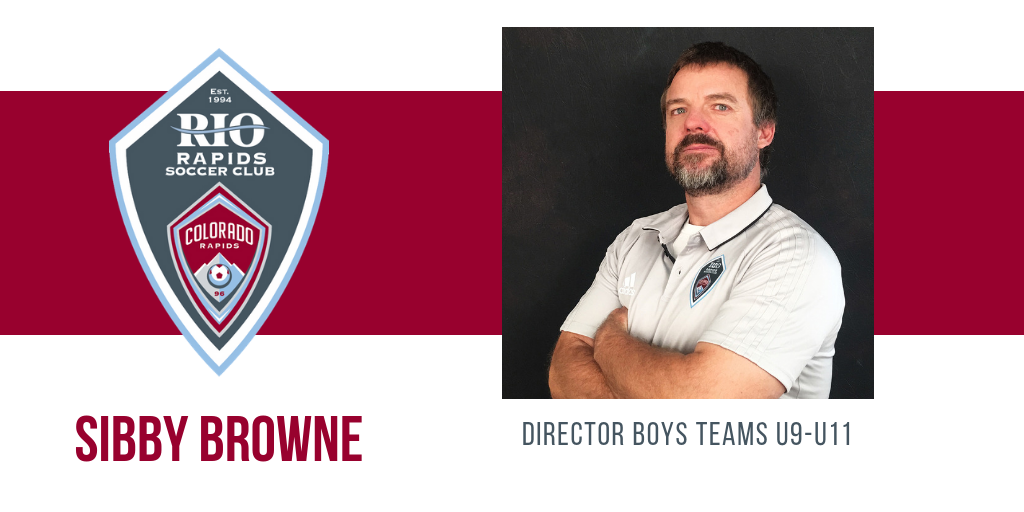 Sebhat “Sibby” Browne is the U9 thru U11 Boys Director.  When Sibby was five and six years old, his family lived in Quito, Ecuador.  In 1976, his father took him see the championship game of the Ecuadorian professional league.  The passion and energy of the packed stadium infected Sibby for life.  Since then soccer has been at the forefront of everything he’s done.  Sibby grew up mostly in the Philadelphia metro area; played club soccer for FC Delco 70; captained a Pennsylvania high school State Champion Conestoga High School (1988); and eventually played four years of varsity soccer at the University of Pennsylvania (1989-1992).  Sibby is a member of the Conestoga High School Sports Hall of Fame. When the University of Pennsylvania soccer program had it’s 100-year anniversary, the alumni players voted for All-Century and All-Decade teams.  Sibby was voted to the 1985 thru 1994 All-Decade best eleven.

“When I was about 12 years-old, I realized that the coaching I was receiving did not reflect the passion that I had for the game.  I pledged to myself then that I wouldn’t let the same thing happen to players once I was old enough to coach.  So you could say that I’ve known I was going to be a soccer coach ever since I was 12.”  He’s been coaching soccer since 1985.  After coaching several high school varsity programs on the east coast, Sibby moved to New Mexico in 2000.  He’s been working diligently since then to assist New Mexico players in achieving their soccer (and life) dreams.  Sibby has coached elite older boys teams for Rio Rapids SC over the past 15 years, winning eleven State Cup Championships with seven different teams.  Currently he’s focusing every day on running sessions for the U9 thru U12 boys and sharing his passion for the game. “If there is as much growth for Rio Rapids over the next fifteen years as there has been in the first fifteen years; the environment for player development in New Mexico will be transformed again.”

Q: What are 3 words to describe Rio Rapids SC?
A: Family, Fun, Football

Q: What drew you to become a part of Rio Rapids originally?
A: Chance to grow as a coach and as an administrator.

Q: What is your favorite part about Rio Rapids SC ?
A: Camaraderie amongst directors, coaches, players, and parents

Q: What is your role at Rio Rapids?
A: U9 thru U11 Boys Director

Q: What is the first concert you went to? What is the last?
A:  1st–The Hooters (1984)
Last–The Deal (featuring Timmy “Garcia” Gallegos)

Q:  Any favorite line from a movie?
A  :“Bill, strange things are afoot at the Circle K.”–Ted

Q:: Best vacation you’ve been to?
A: Tour of Brazil–summer of 89

Q: Do you have a favorite quote?
A:  “So this is what I’ve got to say to you all; be true to yourself and you will never fall”–Beastie Boys

Q: What do you like most about your job?
A:  Keeps me young working with the youngsters

Q:: What has been the most important innovation you have witnessed in your lifetime?
A: Detection of Gravitational Waves

Q: What is the most important thing you have learned in the last five years?
A: How to parent twins (Conall and James are thriving 19-month olds, but the first 9 months I wasn’t sure if I would survive, lol)