Rio Rapids 97G had an amazing run last week at the Region IV tournament in Boise, ID. The team managed to reach the championship game but unfortunately lost 3-2 in overtime. The team opened pool play on Tuesday with a 3-0 win over a La Roca from UT and then played out a hard fought 0-0 draw with Surf from Cal South (which ultimately eliminated a pre tournament favorite). Unfortunately during the Wednesday game the team lost their GK to a broken hand so they had to play the rest of the week with only 13 players and their CF in goal! After a rest day on the Thursday where the team spent the day on the Boise River the team returned to action with a come from behind 2-1 win to knock out Santa Clara Sporting from Cal North and then another 2-1 win in the semi final against the home town team from Boise. The Sunday final saw a rematch from earlier in the week against La Roca from UT who took an early lead only for Rio to get up 2-1 with 30 minutes to go. The team then suffered a heart breaker as UT tied the game up with 2 mins to go in regulation before going on to win in OT. A tremendous effort all week from the 6 times NM State Champions who represented themselves, their families, the club and NM soccer superbly. 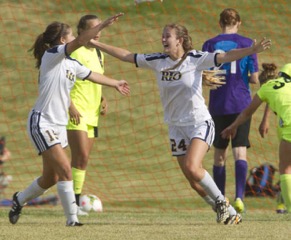 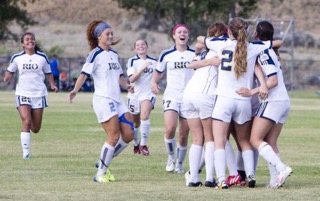 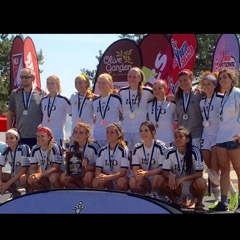