The three-day event opened with a course for 18 coach-educators that focused on techniques for those instructing girls aged 6-12. It was followed by a football festival with the enthusiastic participation of 65 local girls.

CONCACAF President Jeffrey Webb attended the festival with CONCACAF Executive Committee member Sonia Bien-Aime, who was elected as the President of the Turks and Caicos Islands Football Association at its AGM later in the day.

“The girls’ grassroots course and festival accomplishes another aspect of the confederation’s multi-dimensional development plan,” said President Webb. “CONCACAF is committed to empowering girls and their coaches with opportunities for growth and development on and off the field.

“CONCACAF has a rich tradition of global success in women’s football and with sustainable initiatives at the grassroots level like what has occurred in Turks and Caicos, we will ensure success for the future.”

Bien-Aime was delighted with all aspects of the CONCACAF program.

“I am pleased with the turnout and enthusiasm shown by our girls,” she told CONCACAF.com. “Thank you to CONCACAF and all involved for providing the opportunity and with continued support Turks and Caicos women’s football will thrive.”

“Fantastic turnout for us, not only did we have over 60 girls participate, but we have licensed another 18 coaches here in Turks and Caicos,” Dyche said. “Courses like these not only increase soccer ability, but they instill discipline, self-awareness and confidence, and those are equally as important as soccer ability.”

In an earlier accomplishment during a year of firsts for women’s football in Turks and Caicos, the TCIFA also hosted a first-round group in the CFU Women’s Caribbean Cup in May. 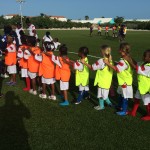 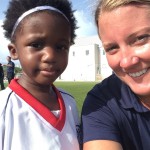 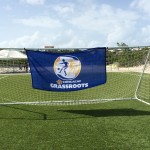 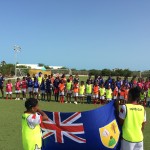 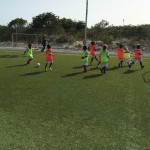