This past weekend the Rio Rapids 02G participated in the Desert Premier Division of the Far West Regional League. The 02G competed against some of the best teams within the region. The girls returned home with two wins and a loss over the three day event.
The team has been focusing on playing creative and attacking soccer. There has also been a strong emphasis on using a possession based style of play to direct and dictate every game we play. The event in Salt Lake City allowed the 02G’s to test this approach against high level opposition. The team is now looking forward to the next Desert Premier League weekend in Las Vegas at the end of October. 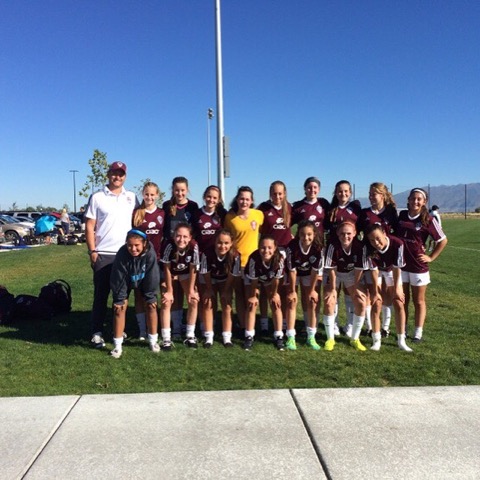