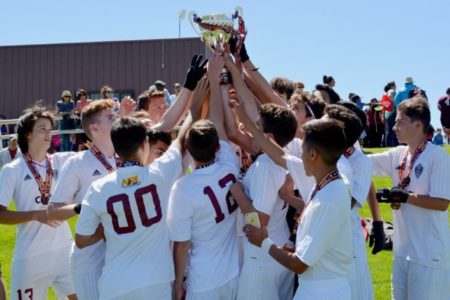 Rio Rapids SC 00 boys NPL team went to Aurora CO last week to compete in the National Premier League Finals.  Rio Rapids had qualified for the event in early June by winning the AZ/NM/CO division of NPL.  In Aurora they faced Liverpool (TX), Virginia Rush, and FSA (CT).  Playing some of the best possession soccer of the year, they managed a 3-1 win vs VA Rush (goals from Baros and Rose).  In the final game of group play, they beat Liverpool 3-0 (goals from Berlint and Carmona).  Unfortunately, and combination of bad luck and a couple mistakes led to a 0-2 result versus FSA.  The two wins were not enough to propel the boys into the semi-final stages.  Even so, what a great year for this group: