RRSC Thrash 04G at the DCT in Phoenix, AZ

RIO THRASH 04G at the DCT in Phoenix, AZ

The Rio Thrash 04 girls competed in the 2017 Desert Classic Tournament in Phoenix, Arizona, February 11th & 12th.  At the end of their four-game weekend, the girls allowed only one goal against them – good enough to earn 2nd Place in their Division.  With this effort, they have now produced five shut outs in their last seven [tournament] games en route to winning one gold and one silver medal in the two tournaments and posting a 5-1-1 record.  Great effort by all the players! 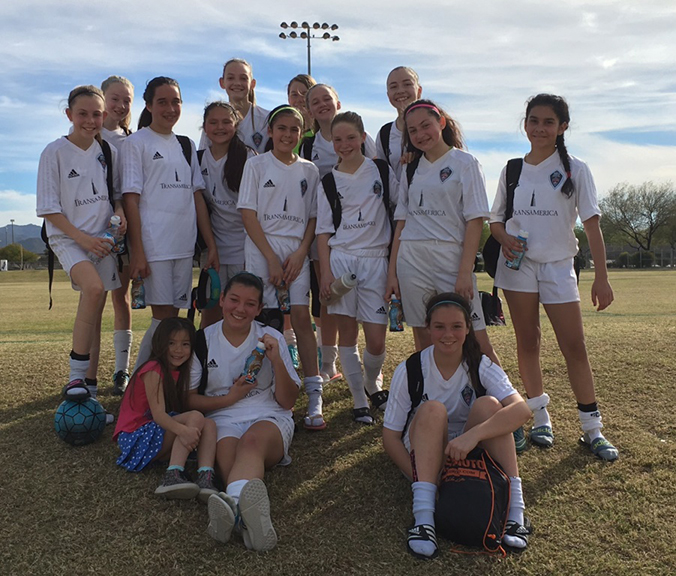 Rio rapids thrash 04 girls at the dct in phoenix, az